There is a skull, residing in a glass reliquary inside a small Roman basilica and decorated with flowers. The forehead of the skull bears the lettering St. Valentine, which could mean it is the skull of the patron saint of lovers himself. This is not certain, as there were several saints with the name Valentine, with 1,500 years between their deaths and Atlas Obscura says there are around 10 places in the world claiming to house his remains. It's a nice thought, though. 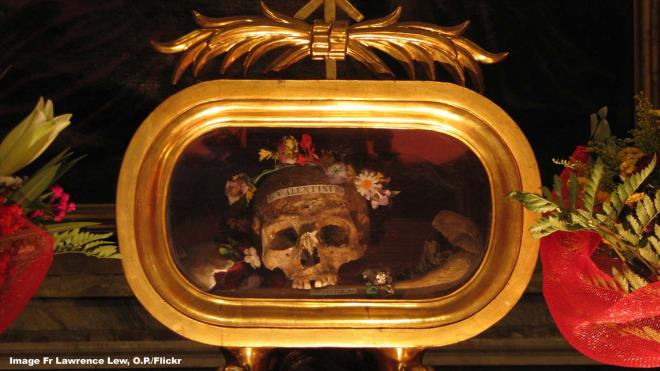