The Mithraeum temple at Circus Maximus is one of the largest of its kind in Rome and was hidden next to the Circus Maximus. The temple was found in 1931 and is underground believed to be dedicated to a mysterious cult of the god Mithras between the 1st and 4th centuries. Little is known about the cult, but their main imagery is that of Mithras slaying a bull found in most of the temples. The cult finally died out at the end of the 4th century when Christianity took hold. 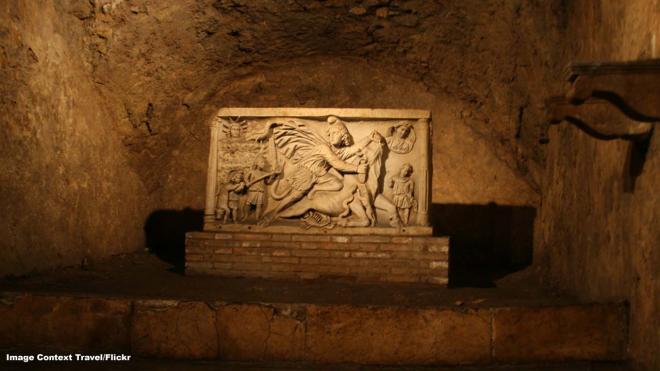