Set at the foot of Signal Hill, Bo-Kaap is home to the Cape’s Muslim community. It was formerly known as the Malay Quarter. The origins date back to the 16th and 17th centuries when Dutch occupiers of South Africa brought thousands of people as slaves from Malaysia, other African countries and Indonesia. Their descendants were then segregated under South Africa’s apartheid law in the Bo-Kaap. They still make this beautiful, colourful neighbourhood their own. 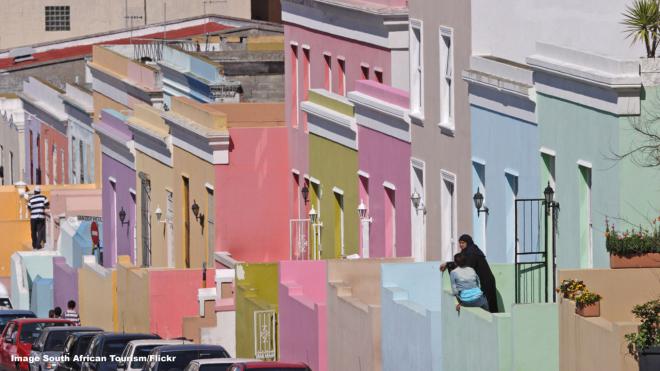